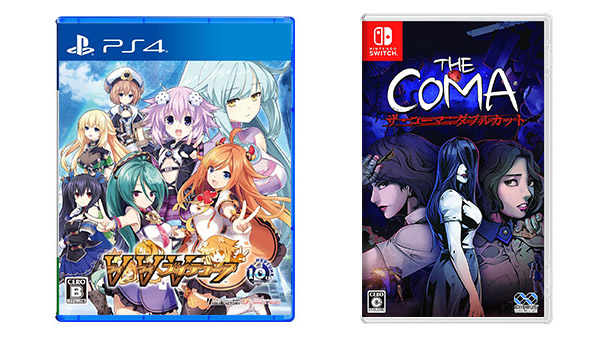 Neptunia Virtual Stars for PlayStation 4 and The Coma: Double Cut for Switch are the highlights of this week’s Japanese video game releases.

An action RPG entry in the popular Neptunia series, Neptunia Virtual Stars is set in a dimension called Virtualand, where Virtual YouTubers are suddenly transported and kidnapped by a malicious group known as “Anti.” Answering the Virtual Goddess’ call for help, the Goddesses of Gamindustri, as well as rising Virtual YouTubers Mi and Yu, head to Virtualand to fight Anti. The game features fast-paced hack-and-slash battles where you can switch between melee and shooter characters on the fly, as well as rhythm game performances, background music integrated into the gameplay, and the ability to enlist support from Virtual YouTubers.