Plus NBA 2K21, Touhou Luna Nights for Xbox One, and more. 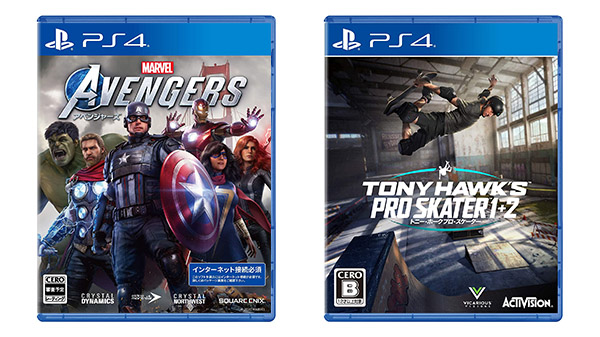 Marvel’s Avengers and Tony Hawk’s Pro Skater 1 + 2 are the highlights of this week’s Japanese game releases.

Developed by Crystal Dynamics and Eidos Montreal, Marvel’s Avengers follows an original story featuring Kamala Khan, Captain America, Iron Man, the Hulk, Black Widow, and Thor. Campaign missions can be played solo or cooperatively with friends online, and players can unlock skills and new gear to power up their heroes. The narrative will continue to unfold “over multiple years,” with every new hero and region released post-launch available at no additional cost. The PlayStation 4 version (and holiday-due PlayStation 5 version) will receive Spider-Man as an exclusive post-launch playable character in 2021.

Other new releases this week include NBA 2K21, the Xbox One version of Team Ladybug-developed Touhou Project Metroidvania title Touhou Luna Nights, the PC version of Deemo Reborn, and more.