A small lineup for Obon week. 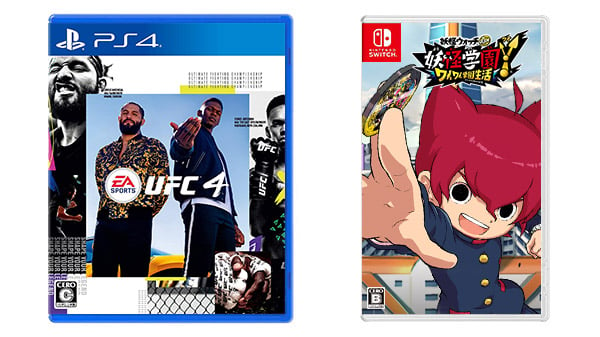 EA Sports UFC 4 for PlayStation 4 and Xbox One, and Yo-kai Watch Jam: Yo-kai Academy Y – Waiwai Gakuen Seikatsu for Switch are the highlights of this week’s Japanese video game releases.

Yo-kai Watch Jam: Yo-kai Academy Y – Waiwai Gakuen Seikatsu is an isometric action RPG. In it, players become a student at “Y Academy” and solve its various mysteries alongside friends while enjoying a fun and comedic school life. A demo is currently available via the Nintendo eShop. A PlayStation 4 version is also planned for release at a later date. Read more about the game here, here, and here.

KotiZivoti ⋅ Balan Wonderworld ‘Chapter 2: The Dolphin and the Diver’ trailer ⋅ 2 minutes ago