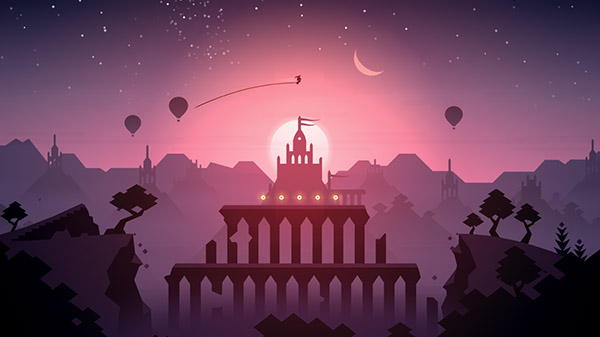 Publisher Snowman and developer Team Alto will release Alto’s Adventure and Alto’s Odyssey in a bundled The Alto Collection for PlayStation 4, Xbox One, and PC via the Epic Games Store on August 13, and soon after for Switch, the companies announced. It will cost $9.99 / €8.99 / £7.99. Both titles first launched for iOS and Android.

“Since Alto’s Adventure first launched in 2015, fans have been asking to play the game on pretty much every platform imaginable,” said Snowman founder and creative director Ryan Cash in a press release. “I’m so excited that we’re finally going to have both Alto games accessible virtually everywhere.”

Lead artist and developer Harry Nesbitt added, “It’s such a thrill to see how far Alto has come from his humble beginnings—even though Adventure started out life on a tiny screen, we’ve always believed the minimalist and immersive sensibilities of both games translate wonderfully to PC and consoles. We’re so happy to finally get this opportunity to share our games with a wider audience.”

Here is an overview of the collection, via Team Alto:

The Alto Collection brings both the critically acclaimed and beloved Alto’s Adventure and Alto’s Odyssey into one experience for the first time. A whole new group of players will finally be able to see what millions of others have discovered as they explore the ivory snows and the endless desert on the big screen in one collection.

Join mountain shepherd Alto and friends as they set out to rescue their escaped llamas and find the adventure of a lifetime. In this collection, you will journey across the beautiful alpine hills of their native wilderness and soar above windswept dunes in a fantastical place far from home. Each procedurally-generated run provides new inspiration and a fresh set of challenges that seamlessly blends our unique landscapes together.