Roguelike dungeon crawler due out in 2020. 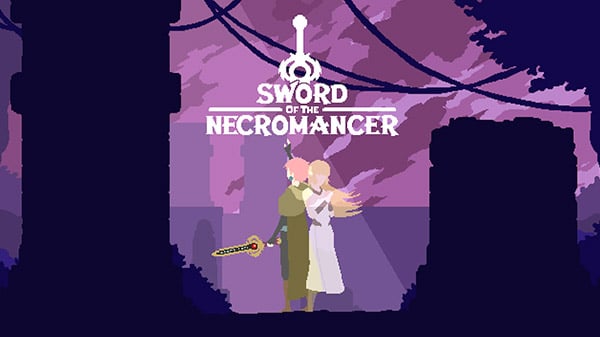 Roguelike dungeon crawler Sword of the Necromancer will launch for PlayStation 5 and Xbox Series X in addition to its previously announced PlayStation 4, Xbox One, Switch, and PC (Steam) versions later in 2020, publisher JanduSoft and developer Grimorio of Games announced.

An early demo of the Sword of the Necromancer open beta will be available for PC via Steam from today at 1:00 p.m. PT / 4:00 p.m. ET through August 30 at 3:00 p.m. PT / 6:00 p.m. ET. Players will be able to go through the game’s first dungeon and face its first boss while learning the ins and outs of necromancy.

“We’ve been a big fan of action roguelikes like Enter the Gungeon and The Binding of Isaac, so we wanted to make something that took what made these games great and add our own unique spin on it,” said JanduSoft CEO and founder Jose Antonio Andujar Clavell in a press release. “And for us, we thought it would be cool if you could turn the very monsters that were just trying to kill you into weapons that could be unleashed against the opposition. We think this gives Sword of the Necromancer a lot of strategic depth, as you must decide which foes are worth the risk of fighting. Bite off more than you can chew and you’re a goner. But if you emerge victorious you’ll have amassed a major asset to your arsenal!”

Sword of the Necromancer is a dungeon-crawler action RPG with roguelike elements where you can revive your defeated enemies to make them fight alongside you.

Turn your foes into allies using the forbidden powers of the Sword of the Necromancer and help Tama reach the dungeon’s depths in order to gain enough power to bring Koko back from the dead.

Gather a little army of monsters, equip yourself with weapons and relics and level up to take on the guardians that stand between you and your objective.

“Legend says that, deep within these mountains, a heretic decided to violate the will of the gods in order to achieve eternal life.

“The heretic succeeded in this aberrant attempt, and created a tool for forbidden rituals that could grant immortality… and even bring back the dead.

“Over the years and centuries many have tried to get that power for themselves, but all they found in the Necromancer’s crypt was their demise.

“The Sword of the Necromancer.”

Tama is a former rogue that is tasked to escort the priestess Koko in her pilgrimage around the continent. During their travel Koko dies, and Tama carries the corpse to the Necromancer’s crypt, where legends say there dwells a power that may resurrect the dead.

Filled with despair, Tama will enter the dungeon with the aim of obtaining the forbidden power of necromancy, ignoring the dangers that lurk in the shadows.