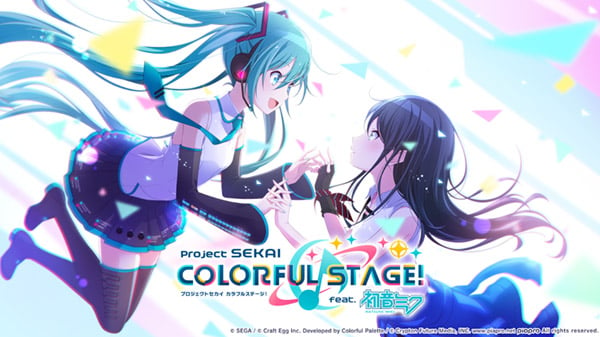 Pre-registrations is now available via the App Store and Google Play. Players will receive the following in-game bonuses upon playing the game according to the number of pre-registrations:

Players will be able to enjoy a story that unfolds in both the real world and “Sekai” with virtual singers Hatsune Mikue, Kagamine Rin, Kagamine Len, Megurine Luka, Meiko, and Kaito.