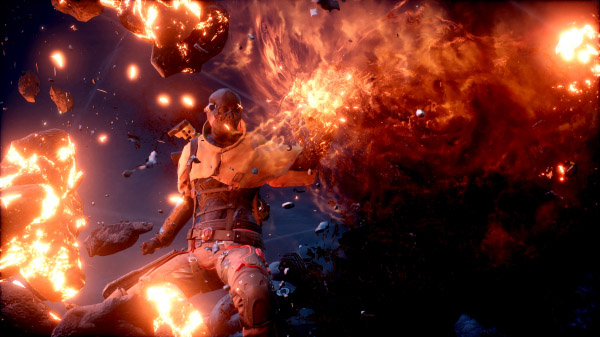 Publisher Square Enix and developer People Can Fly unveiled the “Techonmancer” class in Outriders, as well as debuted the latest trailer and gameplay footage, during the third Outriders Broadcast.

“The Techomancer is an exciting and flexible class that can be built as anything from crowd control focused support, to a high-powered artillery heavy damage dealer,” said People Can Fly creative director Bartek Kmita in a press release. “They’re a great addition to any team of Outriders. Co-op in Outriders is an intense and challenging experience that allows for a great variety of team synergies and power combinations. Players will need to truly master their team tactics in order to take on the toughest challenges in the game.”

Here is an overview of the Technomancer, via Square Enix:

Working alongside Devastator and Pyromancer teammates in an intense trench warfare battle, the Technomancer takes center stage, showcasing their abilities during one of the many challenging battles players will experience in Outriders.

Featuring a truly free-form blend of weapons and powers that will turn you into a superhuman god of the battlefield, Outriders is an aggressive, intensely brutal RPG-Shooter experience that challenges you to define your play style and master the synergies between your powers, class builds and equipment. Play alone or team with up to two other players and create deadly combinations as you journey across the dangerous and hostile planet of Enoch.

Outriders is due out for PlayStation 5, Xbox Series X, PlayStation 4, Xbox One, and PC via Steam this holiday, and Stadia in 2021.