Mafia: Definitive Edition ‘A Life of Reward Too Big to Ignore’ trailer, screenshots 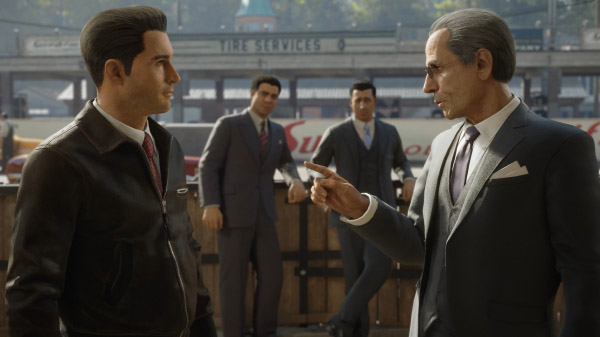 Publisher 2K Games and developer Hangar 13 debuted the “A Life of Reward Too Big to Ignore” trailer and screenshots for Mafia: Definitive Edition during the Gamescom 2020: Opening Night Live stream.

The trailer sees protagonist Tommy Angelo learn an important lesson—“that despite the cost, loyalty to the Family can bring riches and power far beyond what his life as a cab driver affords him.”

Mafia: Definitive Edition is due out for PlayStation 4, Xbox One, PC via Steam and the Epic Games Store, and Stadia on September 25.

AG-Seis ⋅ Xuan-Yuan Sword VII for PS4, Xbox One launches in September in the west ⋅ 11 minutes ago