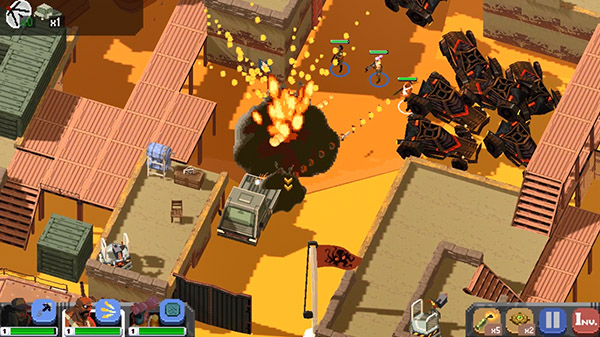 Real-time tactics game Dog Duty will launch for PlayStation 4, Xbox One, Switch, and PC via Steam on September 17 for $19.99, publisher Soedesco and developer Zanardi and Liza announced. The PC version has been in Early Access on Steam since August 2019.

Control a squad of misfits as they go up against some evil bigwig Octopus Commander and his army who are threatening world-peace. In this fun, fast-paced real-time tactics game, you go into combat and use guerrilla warfare to eliminate all octo-scum. Fight on top of your moving vehicle as you go from island to island to liberate outposts and defeat wicked bosses in their crazy octo-machines. Wreck those squids up, but beware, they’re well-armed.