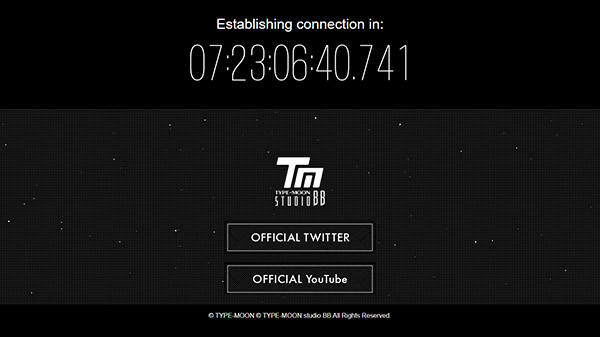 Type-Moon Studio BB has opened a teaser website dubbed “Studio BB Fate/EXTRA 10th” with a countdown that will end at on July 22 at 12:00 JST. The website has both English and Japanese language options.

Type-Moon Studio BB is Type-Moon’s new studio established in August 2019 and led by Dragon Quest Builders series director Kazuya Niinou. The studio lead previously teased three titles in the pipeline planned for PlayStation 4, Switch, and PC, as well as the fact that he should be able to share more information this summer.