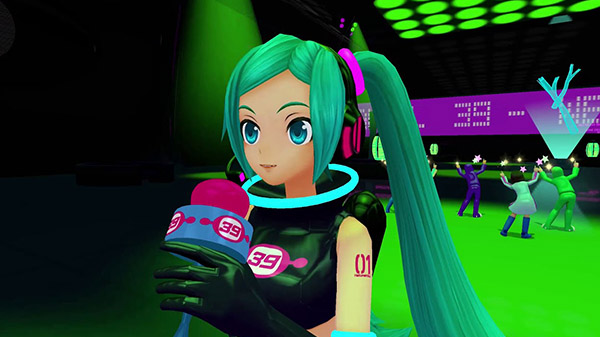 Grounding, Inc. has released the official trailer for Space Channel 5 VR: Kinda Funky News Flash! downloadable content “Space 39 Miku Pack,” which is due out on July 27.

The “Space 39 Miku Pack” is a collaboration with Vocaloid virtual idol Hatsune Miku. The add-on will take you to a stage where you can dance with Ulala and Hatsune Miku, as well as allow you to change Ulala’s appearance and outfit to match Hatsune Miku.

Genshin Impact due out by October for PC, iOS, and Android; second closed beta test for PS4 begins July 30 Previous post
Fate/EXTELLA: The Umbral Star and Fate/EXTELLA Link now available for iOS and Android in Japan Next post

D9sinc ⋅ Rune Factory 4 Special coming to PS4, Xbox One, and PC this fall ⋅ 17 minutes ago