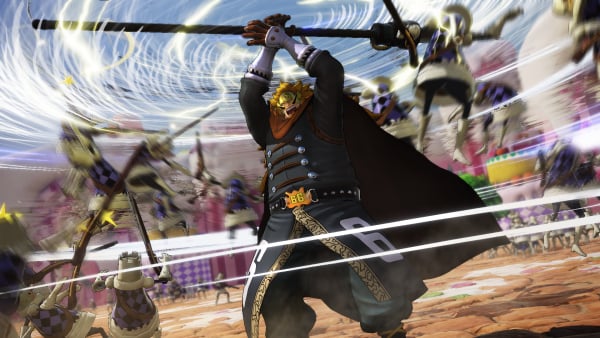 Bandai Namco has released the debut trailer for One Piece: Pirate Warriors 4 downloadable content character Vinsmoke Judge, who is due out as part of the “Whole Cake Island Pack” alongside Charlotte Smoothie and Charlotte Cracker this summer.

Judge, also known as Garuda, is the King of Germa and Commander in Chief of Germa 66, a scientific military unit. His dream is to bring the entire North Blue under the flag of Germa, and he’s willing to do anything to win the war, even if it means turning his own sons into monsters. He plans to recruit Big Mom to his cause through a political marriage with the Charlotte family.

Gharn ⋅ Cyberpunk 2077 – ‘Lifepaths,’ ‘Behind the Music,’ and ‘Tools of Destruction’ videos, screenshots ⋅ 6 minutes ago