The ambitious new RPG from the creators of Suikoden. 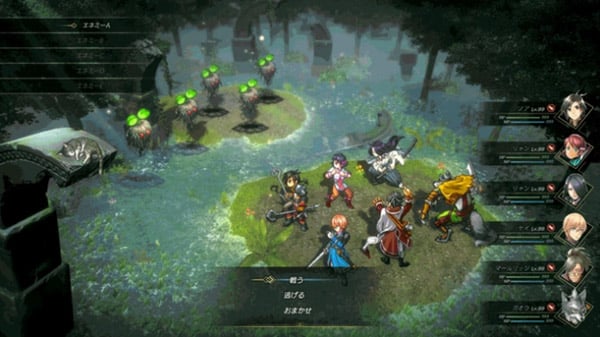 Rabbit & Bear Studios has launched the Kickstarter campaign for Eiyuden Chronicle: Hundred Heroes, its newly announced RPG headed by key creators of the Suikoden series. It is seeking $509,713 in funding for release on PC in fall 2022, with a $1 million stretch goal to release on PlayStation, Xbox, and Nintendo consoles.

Here is a brief overview of the game, via its Kickstarter campaign:

Our story begins in one corner of Allraan, a tapestry of nations with diverse cultures and values.

By dint of sword, and by way of magical objects known as “rune-lenses,” the land’s history has been shaped by the alliances and aggressions of the humans, beastmen, elves, and desert people who live there.

The Galdean Empire has edged out other nations and discovered a technology that amplifies the rune-lenses’ magic. Now, the Empire is scouring the continent for an artifact that will expand their power even further.

However, a twist of fate will soon drag them into the fires of war, and force them both to reexamine everything they believe to be right and true.

Eiyuden Chronicle: Hundred Heroes‘ deep story and dialogue is helmed by Yoshitaka Murayama, the master storyteller that wrote the scripts for both Suikoden I and II.

And here is an updated message regarding consoles:

In keeping with our theme of honesty, the reality is, with this game coming out in two to three years, it’s impossible to know what the current video game landscape will be. It would be ideal to have the game available for current gen models and next gen models but right now it’s impossible to say what those hardware requirements will be and what costs would be associated with porting to those platforms.

For this campaign, the launch timing will most likely put us right in the middle of a console transition period, meaning that some people will own next gen consoles, and some will not. This is less than ideal when trying to run a Kickstarter campaign that you want to cater to the maximum number of people. We need to determine a single quality baseline for the game.

The elephant in the room is that while nobody knows what Nintendo’s plans are for when this game releases, in just about every major Japanese game crowdfunding campaign, when a lower spec hardware has been listed on the campaign, it has invariably been too expensive, often times requiring downgrading textures, massive amounts of code rewrites, effectively meaning building two games.

For anyone that has backed one of these campaigns, you obviously know the outcome. These platforms usually get cancelled or dropped from the campaign. So, again, in keeping with 100 percent transparency for what is an incredibly difficult problem, if the console stretch goal is cleared, we will create a version of the game for Nintendo hardware.

Hopefully, that will be something akin to a Switch 2, allowing for similar quality and gameplay experience across all platforms. In the end, if no such console is announced by the time we need to create new console version branches, we will go through the major challenges of the aforementioned texture changes and code rewrites, or refund any backers who pledged to the platform, if there is absolutely no solution.

Read much more about Eiyuden Chronicle: Hundred Heroes via our previous coverage.

“Run through the Field”