PlayStation 4 version due out "soon after" other versions. 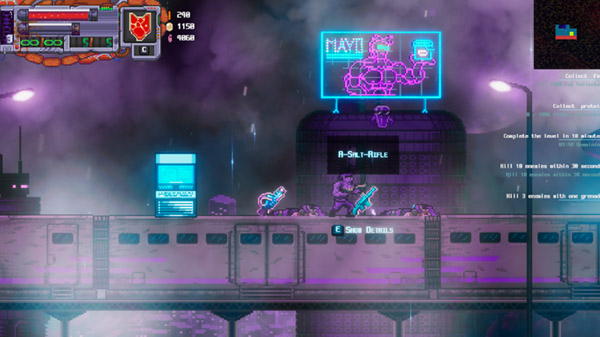 Roguelite RPG “eat ’em up” shooter Bite the Bullet will launch for PlayStation 4 “soon after” its initial launch for Switch on August 13, and Xbox One and PC, Mac, and Linux via Steam on August 14, publisher Graffiti Games and developer Mega Cat Studios announced.

Additionally, the companies announced a new “Synthwave Mode” due out post-launch, in which players can play the game in synthwave colors while listening to music from artists including Waveshaper, Night Runner, Retroxx, and Magic Sword. Here are Synthwave Mode’s key features: