This Week’s Japanese Game Releases: Yomi wo Saku Hana for Xbox One, The Wonderful 101: Remastered, more 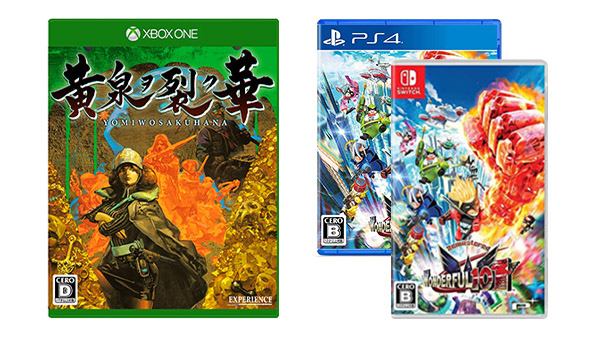 Yomi wo Saku Hana for Xbox One and The Wonderful 101: Remastered are the highlights of this week’s Japanese game releases.

The latest dungeon RPG developed by Experience, known for titles such as Stranger of Sword City and Demon Gaze, Yomi wo Saku Hana puts you in the role of an employee (section manager) of a company that manages Undernaughts (underground miners) hired by illegal means. You are tasked with leading your employees through a labyrinth that you become trapped in by the “Mad King.” Players will utilize the “Switch Boost” power to challenge “monsters” named “Yomi,” as well as the “Yomi no Hana” ability to clear paths forward and return to the surface alive.

The Wonderful 101: Remastered is, as its name implies, a remastered version of the August 2013-released action adventure game developed by PlatinumGames. While it is already available digitally in the west, Japan’s simultaneous physical and digital launch will be the first availability of a physical edition. But physical editions are also due out in North America and Europe in late June and early July, respectively.

Also new this week, the PC version of Samurai Shodown NeoGeo Collection will launch via the Epic Games Store. The collection will be free to keep forever for the first week of release. Read more about its contents here.

Godless ⋅ NEO: The World Ends With You announced for PS4, Switch ⋅ 18 minutes ago
Latest Open Forum