Plus a few otome visual novels for Switch. 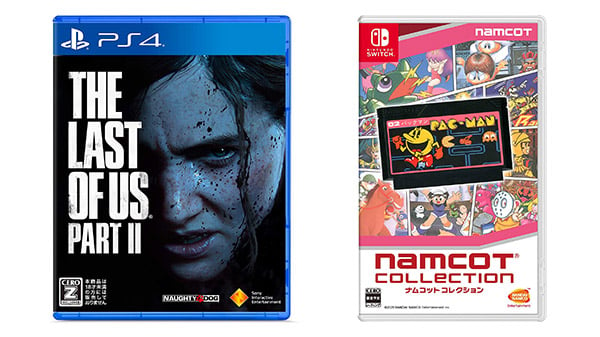 The Last of Us Part II for PlayStation 4 and Namcot Collection for Switch are the highlights of this week’s Japanese game releases.

The followup to the 2013-released The Last of Us, The Last of Us Part II picks up five years later in Jackson, Wyoming, where Ellie and Joel have settled down and live among a community of survivors. But when a violent event disrupts the peace, Ellie embarks on a journey to carry out justice and find closure. The Last of Us Part II promises a “complex, emotional story” set in a “beautiful, yet dangerous world” full of “tense and desperate action-survival gameplay.”