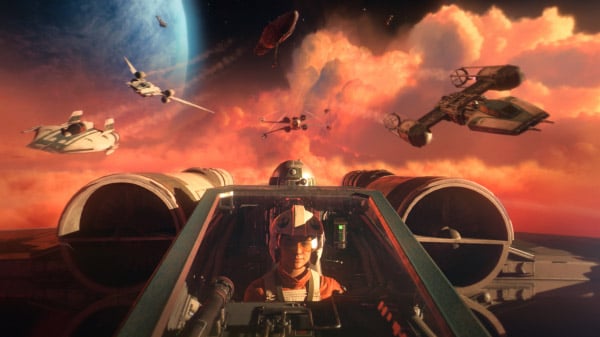 Star Wars: Squadrons will launch for PlayStation 4, Xbox One, and PC via Steam and Origin on October 2, publisher Electronic Arts and developer Motive Studios announced. It supports cross-play between all platforms. On PlayStation 4 and PC, the game can also be played in its entirety with a virtual reality headset.

Pre-orders include the following cosmetic items for your New Republic and Imperial pilots and starfighters:

And here are the PC requirements, via its official website: