A special before the final episode of the anime. 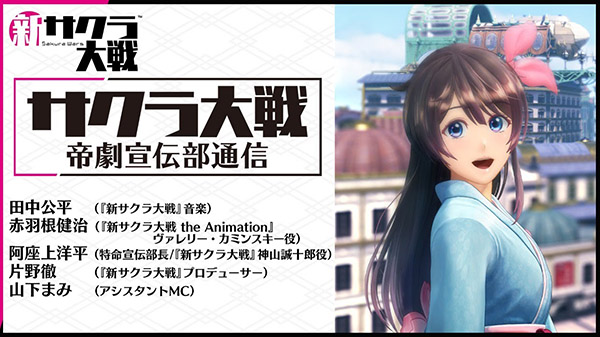 Sega will host the 14th “Sakura Wars Imperial Theater Propaganda Department Report” official broadcast on June 19 from 20:00 JST to 21:30 JST, the company announced. It will be live streamed on YouTube and Periscope.

The broadcast feature various information on the Sakura Wars series with a focus on Shin Sakura Wars the Animation, acting as a special before the anime’s final episode.