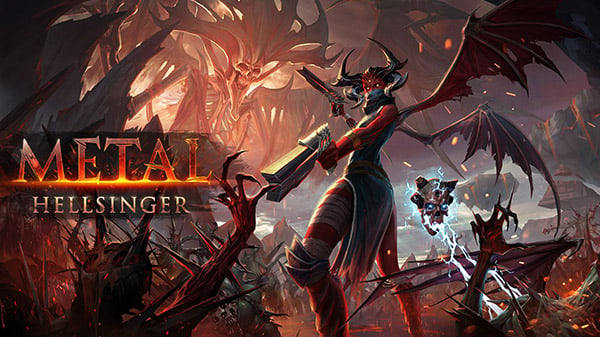 Publisher Funcom and developer The Outsiders have announced rhythm first-person shooter Metal: Hellsinger for PlayStation 5, Xbox Series X, PlayStation 4, Xbox One, and PC (Steam) during IGN’s Summer of Gaming 2020 live stream. It will launch in 2021.

Part human, part demon, and obsessed with vengeance. Become The Unknown, and fight through the fiercest domains of Hell. Destroy the demon hordes and their leaders to set yourself up for an epic showdown with The Red Judge herself.

Every legend has a song. And yours is one of metal, vengeance, and destruction.

Watch the announcement trailer and seven minutes of gameplay footage below. View the first screenshots at the gallery.