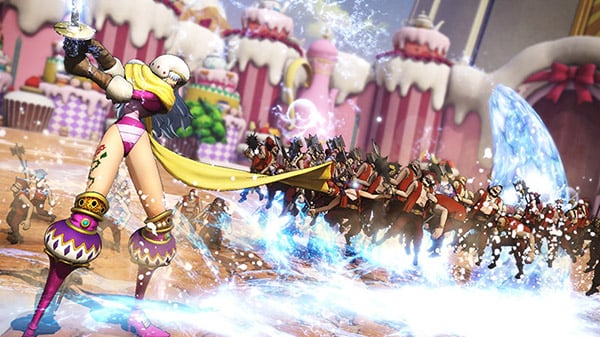 Bandai Namco has released the debut trailer for One Piece: Pirate Warriors 4 downloadable content character Charlotte Smoothie, who is due out as part of the “Whole Cake Island Pack” alongside Charlotte Cracker and Vinsmoke Judge this summer.

Smoothie is the 14th daughter of the Charlotte Family. She serves as the sole female member of the Big Mom Pirates’ Three Sweet Commanders, as well as Totto Land’s Minister of Juice. As a dehydrated human who ate a Wring-Wring Fruit, she has the power to wring moisture from anything she touches.