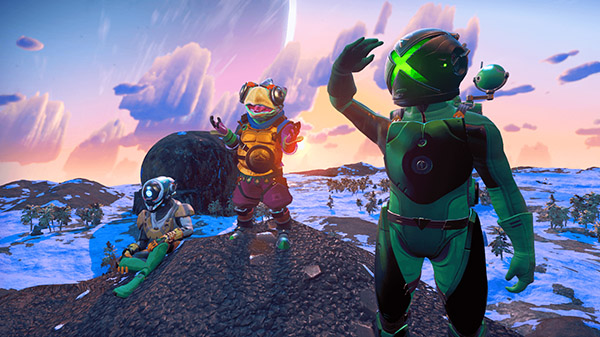 Hello Games will release a free update for No Man’s Sky on June 11 that adds cross-platform multiplayer support across PlayStation 4, Xbox One, and PC, the developer announced.

“We are excited to be able to announce that, starting tomorrow, PlayStation 4 players, Xbox One players and PC players will all be able to explore, journey, survive, build, and trade together,” Hello Games said. “Excitingly, No Man’s Sky is joining what is at the moment a fairly small group of games which support cross-platform multiplayer.

“A tremendous amount of work has gone into this update and the underlying technology and systems. We’ve moved to an entirely new networking architecture, with more flexibility for the future, allowing players to play together regardless of platform. I’m very proud of the team that has worked so hard to make this happen.”

The developer also confirmed it is continuing to work hard on new content updates “both large and small.”

No Man’s Sky is available now for PlayStation 4, Xbox One, and PC via Steam.