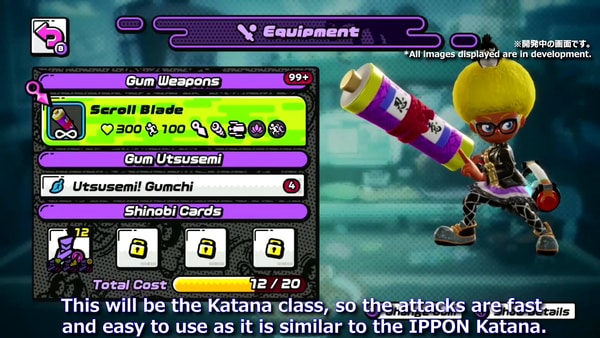 GungHo Online Entertainment has released a new developer diary for Ninjala that reflects on the second open beta test and introduces two weapon types that will be implemented in the game on launch day—the Scroll Blade and Drum Beat.

Additionally, the company announced that it will host its first official Ninjala live stream on June 17, which will introduce weapons that have yet to be revealed, as well as discuss Team Battle Mode and announce event information. Popstar Kyary Pamyu Pamyu will also join the event as a special guest in a team battle against the developers.

Ninjala is due out for Switch via the Nintendo eShop on June 24 in the west and June 25 in Japan. Read more about the game here and here.