Regular seasonal updates planned, about eight to 10 weeks per season. 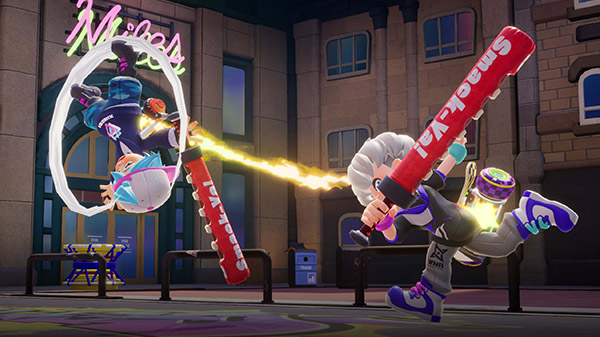 Ninjala will have regular “seasonal” updates, with each season lasting around eight to 10 weeks. Each seasonal update will add new features such as new weapons, stages, and game functions.

The Ninjala Pass is like a Season Pass. It offers incentives used throughout the season and allow you to enjoy more of the game.

The Ninjala Pass as a tier system that goes from one to 100, and you will be able to receive various rewards by accomplishing missions tied to specific tiers.

In Ninjala, you can draw out your ninja skills by equipping special passive skills or Gum Bottles. In order to power-up, you will need a Shinobi Card and Ninja Medals, which you can obtain by participating in online matches, then use them to build up your character as you like.

For example, the “Sudden Burst” Shinobi Card allows you to activate S-Burst one time, even if your S-Energy gauge is depleted. This card’s passive skill can be very useful especially at the start of a match when your S-Energy is low..

You can equip various cards as you like, such as “Wall Shooter” where your Gum Shoot cooldown time is reduced while standing on walls.

Ninja Medals can be used to unlock and enable Assist Codes. There are also Assist Codes that further power up Shinobi Cards.

Lucass the rice farmer ⋅ Tales of Arise ‘Tales of Festival 2020’ trailer, further news to come this spring ⋅ 20 minutes ago