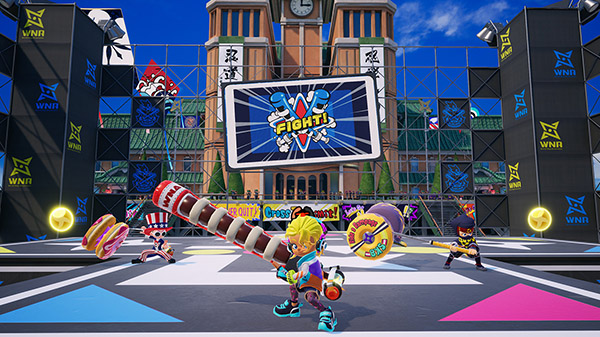 The Ninjala open beta test is now available for preload via the Nintendo eShop.

As previously announced, the open beta test itself will not be playable until April 28, where users will have three hour-long windows to try out the free-to-play online action game.

Here are the details, via Nintendo.com:

An online action battle game featuring ninja and gum! Assume the role of a modern-day ninja and take part in the Ninjala tournament!

Available for a limited time only:

*Please note that the schedule is subject to change.

Ninjala is due out for Switch via the Nintendo eShop on May 27 in the west and May 28 in Japan. Read more about the game here.

Jack0 ⋅ Fire Emblem: Shadow Dragon & the Blade of Light coming to Switch on December 4 ⋅ one minute ago