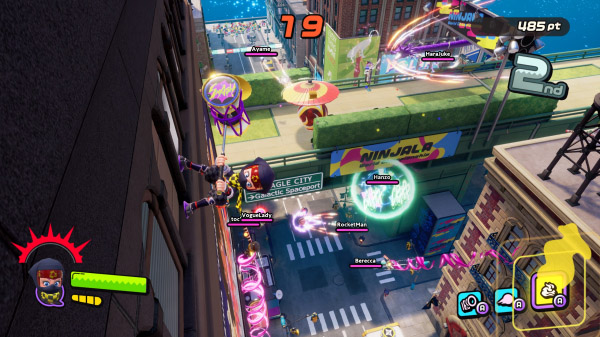 GungHo Online Entertainment will host an open beta test for Ninjala will on April 28, the company announced.

The company also released a new developer diary in which GungHo Online Entertainment president Kazuki Morishita and Ninjala director Motoki Kaneda go into greater detail about the flow of battle, including scoring points, parrying, using Shinobi Energy, crafting stronger weapons, and advanced fighting techniques. At the end of the developer diary, the pair say they will discuss the Ninjala Season Pass and more about using Ninja Medals to power-up characters in the developer diary to follow.

Ninjala is a free-to-play online “Ninja-Gum action game” due out for Switch via the Nintendo eShop on May 27 in the west and May 28 in Japan. Read more about the game here.