Megadimension Neptunia VII for Switch launches July 28 in the west 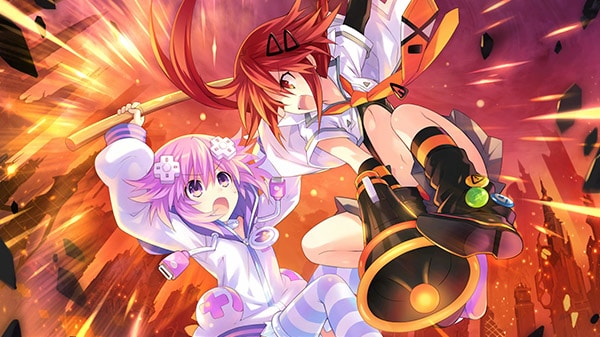 The Switch version of Megadimension Neptunia VII will launch via the Nintendo eShop on July 28 in the west for $29.99, the game’s Nintendo eShop page reveals.

Downloadable content made available for the PlayStation 4 and PC versions will be available for purchase as add-on content for the Switch version (except for Million Arthur, who is no longer purchasable on all platforms).

Megadimension Neptunia VII first launched for PlayStation 4 in April 2015 in Japan, followed by February 2016 in the west. A PC version followed in July 2016. The Switch version launched on March 19 in Japan.

Here is an overview of Megadimension Neptunia VII, via Idea Factory International:

G.C. 2015 — Gamindustri has entered a precarious season known as the CPU Shift Period. During this time of social unrest, deprecating rumors about the Goddesses have begun to saturate Gamindustri. Neptune and the others worry the citizens will soon call for new leaders to replace them and end their rule.

In these critical moments for Planeptune, Neptune and Nepgear mysteriously disappear. Their destination: a divergent world, nearing its catastrophic end, called the Zero Dimension. They encounter the last remaining Goddess of this world, Uzume Tennouboshi, who is desperately waging a lonely battle against a colossal evil known as the Dark CPU.

Kenny ⋅ NEO: The World Ends With You announced for PS4, Switch ⋅ 8 minutes ago