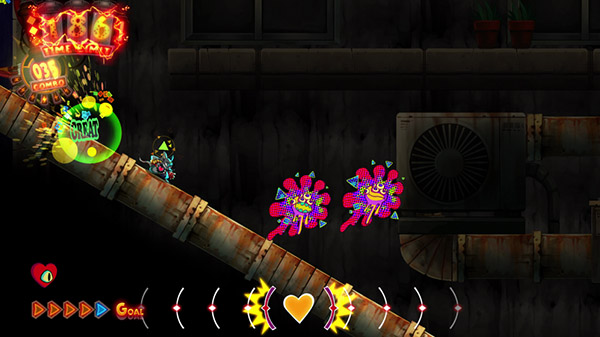 Following its announcement for Japan earlier today, NIS America has confirmed that it will release rhythm action game Mad Rat Dead for PlayStation 4 and Switch on October 30 in North America and Europe, and November 6 in Oceania.

A rat’s dream has been left unfulfilled before his death…that is, until he gets a second chance at life! Granted the opportunity to redo his last day on Earth, the player must utilize Mad Rat’s newfound power to pump his heart in time with the music, lest his own time runs out. Mad Rat Dead combines platformer action and rhythm mechanics to have players keep their eyes and ears peeled at all times!

Directed by Yu Mizokami (Yomawari: Night Alone and Yomawari: Midnight Shadows), this game features the titular Mad Rat, who has been granted one more chance at life to fulfill his dream. The player must keep his heart pumping in time with the music and clear stages within a time limit… lest Mad Rat’s own time on Earth runs out! Funky visuals and addictive soundtracks, along with the ability to rewind, provide a unique experience unlike any other.