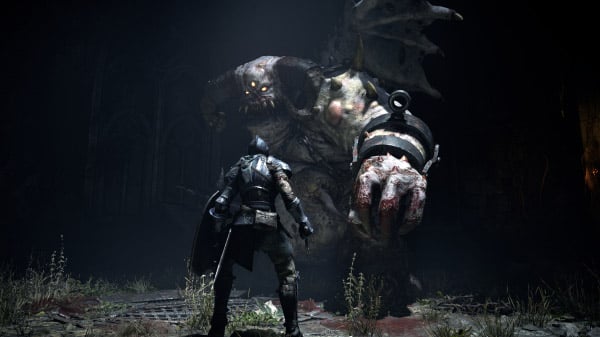 From Sony Interactive Entertainment Japan Studio and Bluepoint Games comes a remake of the PlayStation classic, Demon’s Souls. Entirely rebuilt from the ground up and masterfully enhanced, this remake invites you to experience the unsettling story and ruthless combat of Demon’s Souls in unparalleled visual quality and incredible performance.

And here are a few more details, via the PlayStation Blog:

From Japan Studio and Bluepoint Games comes a remake of the PlayStation classic, Demon’s Souls. In addition to beautiful shadow effects and ray tracing, players can choose between two graphics modes while playing: one focused on fidelity, and one focused on frame rate.