"There's still a lot more coming for the 10th anniversary of Danganronpa!" 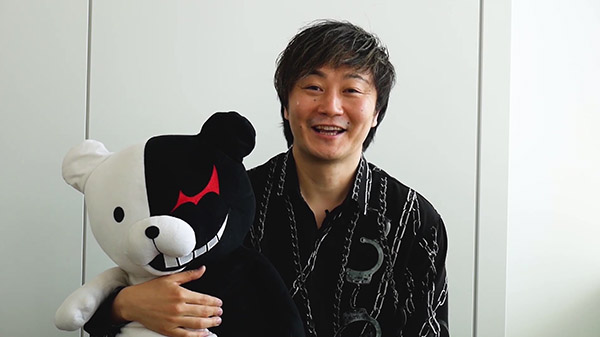 It’s me, Kazutaka Kodaka from Too Kyo Games. I’m like the God who created Danganronpa… I guess.

This year is a memorial year for us, the 10th anniversary of Danganronpa. It hasn’t been 10 years for the rest of the world, but I want us all to celebrate together. 99 percent of my Instagram followers are from outside Japan. Honestly, I rely on my international fans. Someday I’ll learn English and move abroad. Hope to see you then!

This year, we’re releasing Danganronpa on smartphones to put it at your fingertips. Please install the games on a stranger’s phone and help get the word out. There’s still a lot more coming for the 10th anniversary of Danganronpa!