Bullet Time Battles on the go. 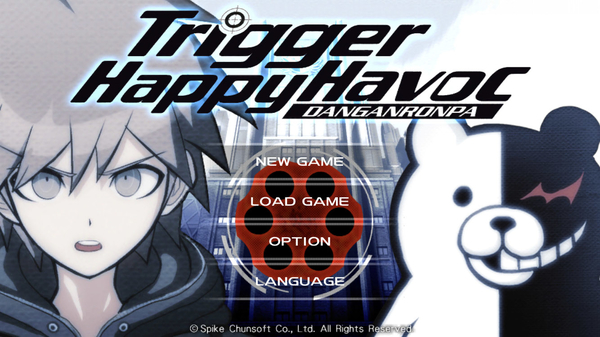 The high-speed detective action adventure game first launched for PSP in November 2010, followed by PS Vita in October 2013, PC, Mac, and Linux in February 2016, and PlayStation 4 in March 2017.

In celebration of its 10-year anniversary, Danganronpa is now available on smartphones! Please enjoy this Danganronpa reborn with improved gameplay systems and a new gallery feature.

The story takes place at a privileged government-sponsored academy known as Hope’s Peak, where highschoolers of the highest caliber in various fields receive an elite education.

The exceedingly ordinary protagonist, Makoto Naegi, is accepted into this academy which holds the “hope” of the nation’s future..

The dreary mood is far from the impression given by the name “Hope’s Peak Academy.” The dingy corridors, iron-barred windows, and prison-like atmosphere… Something is wrong.

In the entrance hall, a stuffed bear that claims to be the headmaster tells the students they will live in the confines of the school until the day they die, and they must kill someone if they want to leave.

Including Makoto, there are 15 Ultimate Students from all over the world trapped in this academy of despair.

One thing after another crushes their hope. Incidents which shake their trust, the sadistic headmaster, and the mystery of the mastermind. Who is behind it all, and what do they want?

The battle with an unseen enemy begins…

In other news, Spike Chunsoft also announced that it will host the second episode of “Dangan TV: Hope Goes Forward!,” its series of monthly live streams in celebration of Danganronpa‘s 10th anniversary, on June 18 at 21:00 JST. The theme this time will be “memories of Danganronpa 1 and 2.”