Beyond a Steel Sky launches June 26 for Apple Arcade, in July for PC 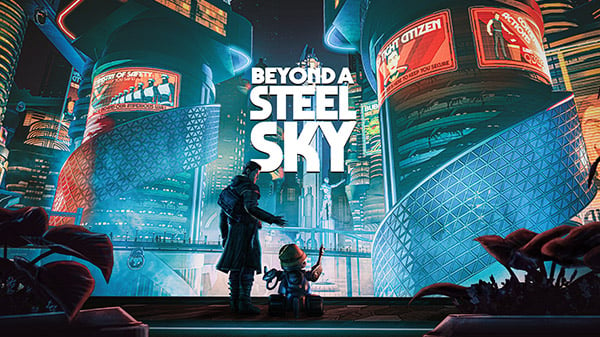 Beyond a Steel Sky will launch for Apple Arcade on June 26 and for PC, Mac, and Linux via Steam in July, developer Revolution Software announced.

“I am so pleased to have had the opportunity to team up with [comic book artist] Dave Gibbons again and take Robert Foster back to Union City after all these years,” said Revolution Software founder and CEO Charles Cecil in a press release. “This is an adventure game that should prove just as welcoming to newcomers as it does those loyal gamers who took on the original 26 years ago. We are particularly thrilled to be leading on Apple Arcade—with the PC version debuting on Steam shortly.”

Dave Gibbons added, “Revolution has built an excellent reputation for writing intelligent adventure games that combine high drama with humor—leaving players not sure whether to laugh, gasp or both. I am thrilled with how Beyond a Steel Sky has turned out—it surpasses my expectations in every way.”