Become Skully and save the Underworld. 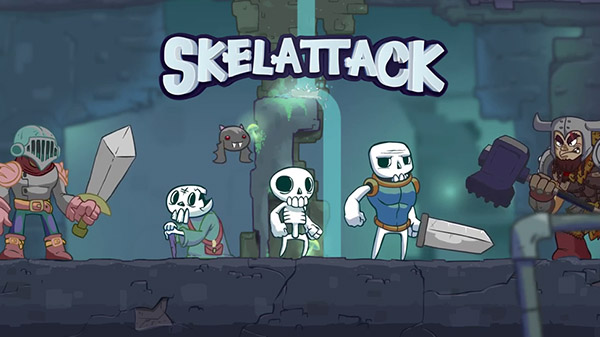 Publisher Konami and developer Ukuza have released action platformer Skelattack digitally for PlayStation 4, Xbox One, Switch, and PC via Steam for $19.99.

Play Skelattack and save the Underworld in this fun and unique action platformer!

Being dead is not so bad when you have the Underworld to live in. A magical and expansive world inhabited by quirky, charming and sometimes deadly inhabitants of the afterlife, the Underworld also includes Aftervale. Aftervale is a happy hub where the dead come to spend eternity and come to terms with their time alive through a Remembrance.

For our hero Skully, the day of his Remembrance is shattered by an invasion from the human kingdom above. However, unlike prior attacks by the humans, they are not seeking gold or other treasure. Instead, they kidnap Aftervale’s elder skeleton Elzedon and then go after the magic that kindles the spirits of the dead, the Blue Flame. Without the Blue Flame, there is no Aftervale, no existence beyond death.

Together with your best bat friend Imber, you will need to jump, slash and flap your way though the Underworld. It’s up to you to stop the humans, save the Elder, protect the Blue Flame and confront Skully’s own life before coming to the Aftervale.

Shoot 'em up Flying Red Barrel: The Diary of a Little Aviator for PC coming to Steam on June 19 Previous post
SteamDolls: Order of Chaos Kickstarter campaign launched Next post