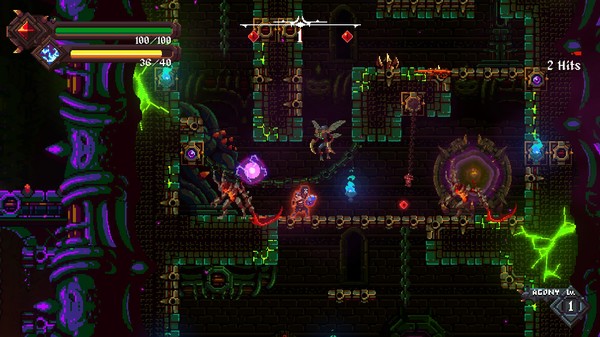 Chorus Worldwide will release vertical platformer rogue-lite Rising Hell from
Toge Productions, Another Indie, and Mojiken Studio for PlayStation 4, Xbox One, and Switch this summer, the latest issue of Famitsu reveals. Development on the console versions is currently 70 percent complete. The game is currently available for PC via Steam Early Access.

Fight your way through hordes of blood-lusting demons and escape hell as you unlock new characters and talents to create chaos in the randomly generated and ever-changing landscape of hell!

Heavy-metal riffs and pixelated madness will accompany you as you fight your way out from the depths of fiery hell, facing the bugs-ridden Beelzebub’s Lair, and other pits of hell with different creatures, bosses, and living traps lurking around. Chaining combos, jumping maneuvers, and talent building will be your key to help you climb your way out of hell in this adrenaline-pumping vertical platformer.

Point-and-click adventure game When the Past Was Around coming to PS4, Xbox One, and Switch this summer Previous post
New Game+ Expo showcase set for June 23 featuring 14 Japan-centric publishers Next post