Steampunk-inspired Metroidvania game SteamDolls: Order of Chaos coming to PS4, Xbox One, Switch, and PC in 2021 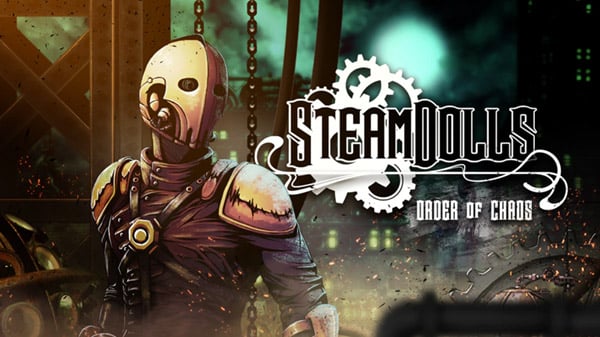 Top Hat Studios will publish SteamDolls: Order of Chaos, a steampunk-inspired Metroidvania game developed by France and Belgium-based The Shady Gentlemen, for PlayStation 4, Xbox One, Switch, and PC via Steam in 2021, the company announced. A concept demo launched for PC via Steam in November 2019.

The Shady Gentlemen plans to launch a Kickstarter campaign for the game “soon.” Users sign-up to be notified of its launch via the link.

SteamDolls is a steampunk-inspired Metroidvania game with a grimy touch of brutality.

Blast your way to your objective or stick to the shadows and perform violent assassinations on unsuspecting guards as you struggle with the haunting apparitions of a mesmerizing witch trying to reveal the truth about a conspiracy that could shake the very foundation of the world.

Inspired by games like Castlevania and Hollow Knight. Nourished by the fury of Dead Cells and the gloom of Bloodborne. Lose yourself in a labyrinthine city, full of secrets and madness.

In SteamDolls, you assume the role of a cunning thief and anarchist known as “The Whisper” (voiced by David Hayter) and make your way through heavily secured environments.

You will encounter a flamboyant cast as you traverse the game.

From the standard hired henchman who will be easily dispatched to the dangerous and disgusting mutated monster by a bio-mechanical virus, you have all kind of adversaries and deformed bosses in SteamDolls.

SprintsMcGee ⋅ Open Forum #340 ⋅ one minute ago