Join the rebellion in the fight against an all-controlling mega AI. 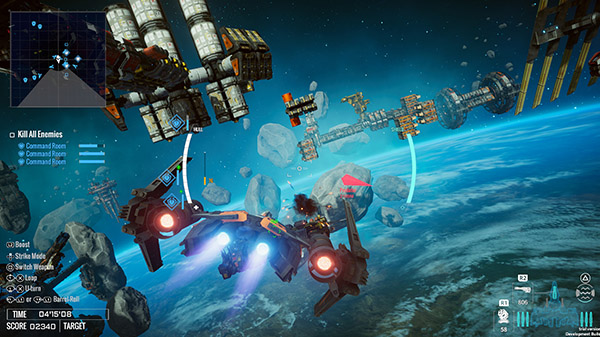 D.E.E.P.: Battle of Jove is an epic, fast, arcade-type, campaign-based dogfighter that aims to take next-gen graphics and controls to achieve an experience that gamers have known since Star Fox: an easy to pick-up single-player shooter where players chose from different ships they can upgrade as they take the role of one of the members of the rebellion in a fight against a powerful, deep AI.