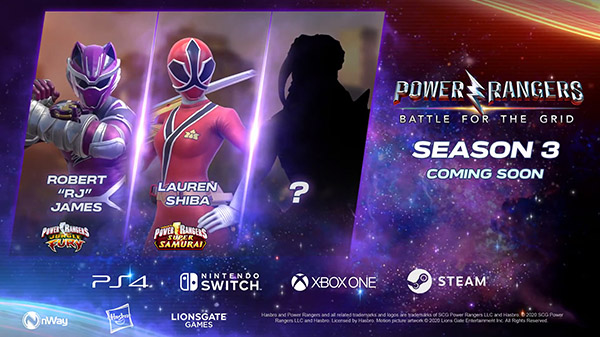 Season 3 content will launch over the next several months, with the first release due out at the end of June with the playable character Robert “RJ James, the character skin “Phantom Beast King” for Dai Shi, and the Ultra “Samurai Megazord.”

Power Rangers: Battle for the Grid is available now for PlayStation 4, Xbox One, Switch, and PC via Steam.

Watch the Season 3 trailer below.

Hijinx ⋅ Fire Emblem: Shadow Dragon & the Blade of Light coming to Switch on December 4 ⋅ 29 seconds ago