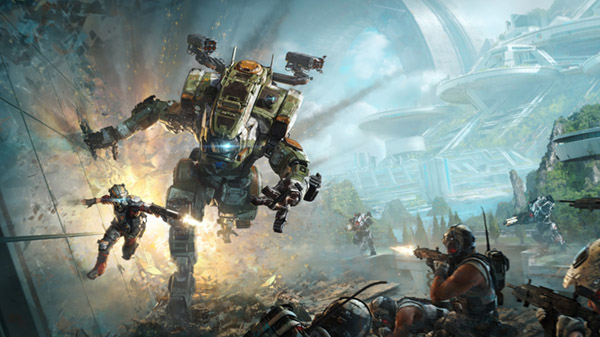 A new Titanfall game is not in development, according to Respawn Entertainment co-founder Vince Zampella.

Asked about the Titanfall franchise in an interview with IGN, Zampella said, “There’s nothing currently in development. But it’s always there.”

In February 2019, Electronic Arts said it would launch a new, paid Titanfall game later that year that would be a twist on the franchise. Given the fact that such a game never released and there is nothing currently in development, it was likely cancelled.

Zampella also said that the first game from DICE Los Angeles, which he is leading and will likely be renamed, is likely to be a shooter that runs on the Frostbite engine.

“That team is a shooter team,” Zampella said. “Chances are it’s going to be something along those lines.”

Zampella continued, “There’s a lot of really good shooter talent there. But I don’t want to lock it in and say that’s definitely exactly what they’re doing, because we’re going to look at everything and pick something that feels amazing. The same tenets that apply to Respawn of doing something new and exciting and kind of breaking the genre a little bit is what we’re going to apply to DICE LA. We’re going to look at trying to do something cool… We want to do something that’s not competitive with other EA games so that we’re kind of filling in the right gaps in the portfolio. We have some really good ideas, but it’ll be a little bit [before they make any announcements].”

Regarding whether we will see anything from Respawn Entertainment at EA Play Live 2020 on June 11, Zampella said, “We have Medal of Honor [Above and Beyond] coming out sometime this year, so we’ll see if that shows up… It’s safe to assume that yes, you might see some things from Respawn at EA Play.”