Control the battlefield with a combination of ice and fire techniques. 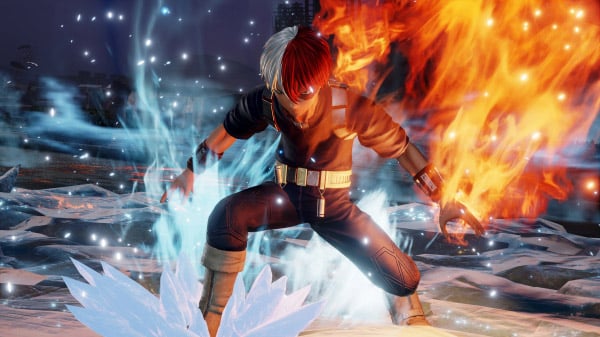 Jump Force downloadable content character Shoto Todoroki will launch on May 26, publisher Bandai Namco and developer Spike Chunsoft announced. The character will be available as part of Character Pass 2 for $17.99 or individually for $3.99.

Here is an overview of Shoto Todoroki, via Bandai Namco:

Shoto Todoroki from My Hero Academia will be uniting to fight alongside Jump Force’s star-studded roster of iconic manga characters. The son of #1 Pro Hero Endeavor, Todoroki uses his powerful “Half-Cold Half-Hot” Quirk to control the battlefield with an overwhelming combination of ice- and fire-based techniques.

Jump Force is available now for PlayStation 4, Xbox One, and PC via Steam. A Deluxe Edition that includes Character Pass 1 is coming to Switch in 2020.