Shoto Todoroki from My Hero Academia and more planned. 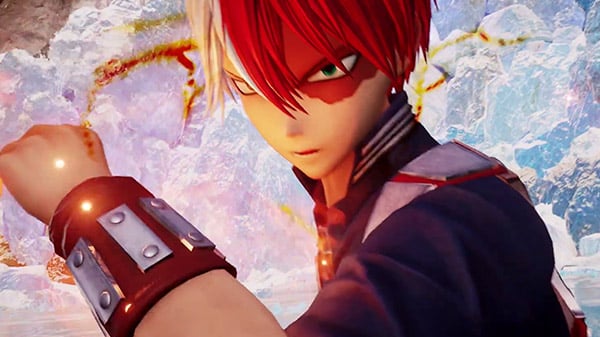 The Switch version will feature over 50 playable characters, including the nine additional characters of Character Pass 1, as well as support for one-versus-one, two-versus-two, and three-versus-three local battles with one Joy-Con per player.

Bandai Namco also announced Character Pass 2, which will cost $17.99 and feature five additional characters, starting with the release of Shoto Todoroki from My Hero Academia this spring. The four characters yet to be announced are from Hunter X Hunter, YuYu Hakusho, Bleach, and JoJo’s Bizarre Adventure.

Jump Force first launched for PlayStation 4, Xbox One, and PC via Steam in February 2019.

Watch the Switch and Shoto Todoroki announcement trailers below. View the first screenshots of the Switch version at the gallery.