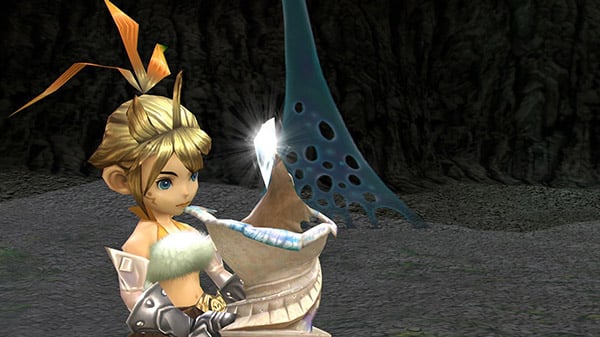 In Japan, the PlayStation 4 and Switch versions will be available both physically and digitally.

What is Final Fantasy Crystal Chronicles?

Final Fantasy Crystal Chronicles is a one-to-four player RPG that focuses on a young group known as the Crystal Caravans, as they embark on an epic journey to search for myrrh. This precious and rare liquid is desperately needed to cleanse and maintain a crystal that protects them, and their world, from a poisonous gas.

You—either on your own or with up to four friends—will embark on perilous quests, explore beautiful lands full of secrets and face the dangerous monsters that lurk within.

As mentioned, a host of enhancements and features have been added to this new game—so much so we should probably call it Remastered Addition. I mean, yes, that’s a terrible pun that barely makes sense, but the overall point stands.

Here’s just a sample of what’s in this new and improved edition:

GlazedDonuts ⋅ Rumor: Dead Space revival in development at Motive ⋅ one minute ago