Bloodstained: Ritual of the Night – Zangetsu and Randomizer update launches May 7 for PS4, Xbox One, and PC, late May to early June for Switch

Play through the game once again, this time as Zangetsu. 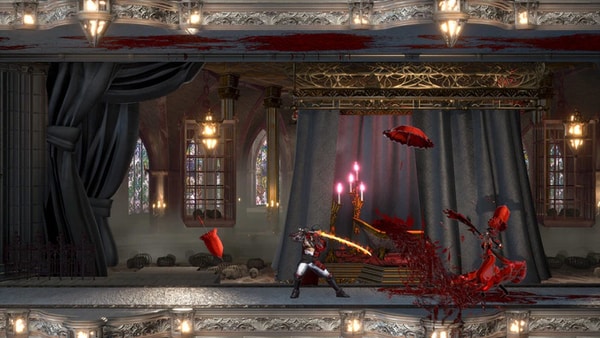 Publisher 505 Games and developer ArtPlay will release a new update for Bloodstained: Ritual of the Night across PlayStation 4, Xbox One, and PC that adds Zangetsu as a playable character, plus the new “Randomizer” feature, the companies announced. The Switch version will follow sometime between late May and early June. 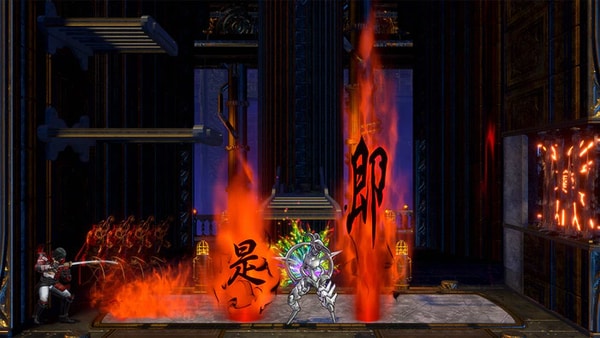 Once you have completed Bloodstained and gotten the “Good Ending,” you will be able to choose Zangetsu to play through the game a second (or thirtieth) time.

Once selected, players will be able to play through Bloodstained using all of Zangetsu’s movement and combat abilities. Zangetsu is not a shardbinder, so he does not use shards as Miriam did. Instead he uses the power of his sword to dispatch enemies along with some special abilities that consume MP.

Playing Bloodstained as Zangetsu is designed to be a different experience than playing as Miriam with a focus on fast-paced combat. Consumables, equipment, crafting, treasure chests, quests, and story cutscenes are disabled when playing as Zangetsu. 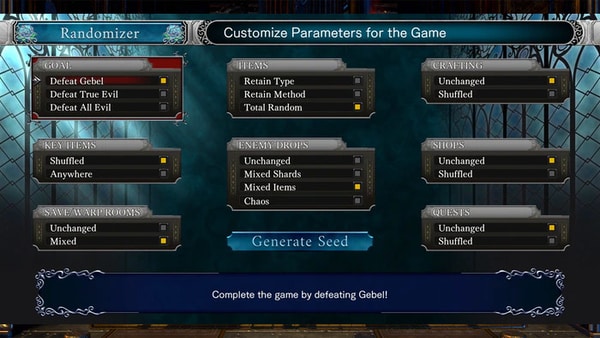 Randomizer allows you to adjust eight different game parameters to mix up your experience as you play through the main story of Bloodstained. You will be able to adjust the goals of their overall playthrough and quests, the location of save and warp rooms, shops, key items and also enemy drops.

For example, you could set up a game where enemy drops (shards & items) are totally mixed up, meaning that you could end up with the ‘Release Toad’ from an ‘Aello’ instead of a Toad.

Finally, you’re able to access the seed of your randomized game in case you want to write it down and keep it for reference or share it with others. The game also provides a timer to track how fast you are able to complete the game, so if you share a seed, you can compare who can complete the course the fastest.

The eight parameters that can be adjusted are: