The turn-based RPG, which is set in the world of The Messenger and features music from Chrono Trigger composer Yasunori Mitsuda, is currently in its final hours of funding on Kickstarter. As of press time, it has achieved CA$1.4 million in funding from its initial goal of CA$133,000, reaching every stretch goal it has set thus far.

Here is the introduction to Garl, via Sabotage Studio: 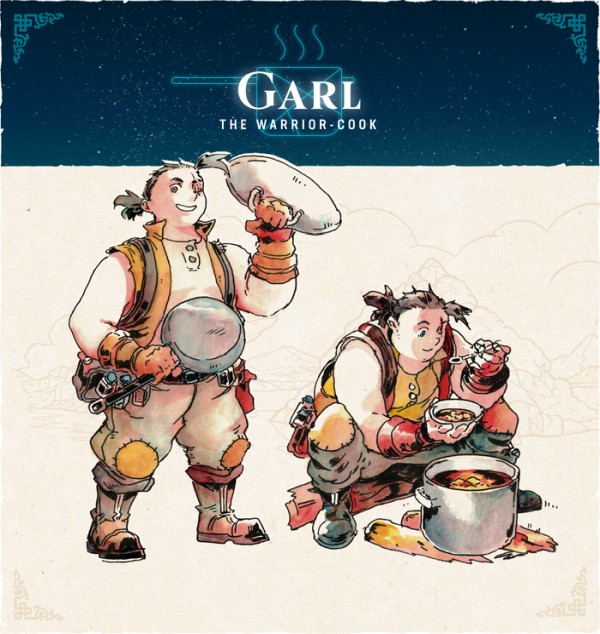 Garl was born a regular kid devoid of any special powers, though his hometown happens to be Mooncradle, the very place where a small community is tasked with taking care of the Children of the Solstice until they become old enough to enter training. Born during the same year as Valere and Zale, the three of them grew up together as best friends, often dreaming of the day they would leave to explore the world.

To Garl, the call of adventure is an excuse to taste all the flavors life has to offer, and to challenge himself in preparing wholesome meals despite the daily unpredictabilities of being the devoted friend and caretaker of two Solstice Warriors on a mission.

Eager to prove themselves at a young age, the trio once ventured into the forbidden cavern. On this fateful day, Garl lost his left eye to a monster, learning the hard way that it was not the place of the common folk to engage in combat with The Fleshmancer’s minions. As punishment, his two best friends were taken into Zenith Academy right away, separating Garl from his friends for the remainder of his childhood.

Even though the only official training he would receive was in the art of cooking, Garl never doubted that his strong innate constitution would make him fit for any challenges.

When trouble comes, he acts as a defensive fighter, wielding his cauldron lid as a makeshift shield. He always tries his best to protect his friends, who he sincerely believes will become the finest Solstice Warriors the world has ever known.

Outside of combat, Garl always keeps an eye out for unique ingredients to use at the campfire, always making a point to feed his companions while also boosting their morale using varying perfumes and textures. Anyone he can get to set aside their worries and connect to the moment by enjoying a good meal is a win in his book!

The Elder Mist hesitantly approves of him as a travel companion for Zale and Valere, on the promise that he would be mindful of his limitations when it came to combat. He was uniquely gregarious, that one, choosing to let his scar show openly, and somehow having a smile big enough to make up for it. Plus, Garl’s indomitable inclination to care for others would certainly provide much needed moral and nutritious support for the hardships ahead. 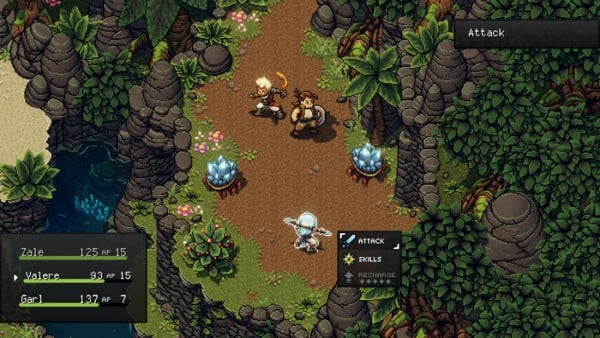 There was also something peculiar in the stars about him, as it seemed his heart just might be warm enough to “soothe a long tormented soul.” 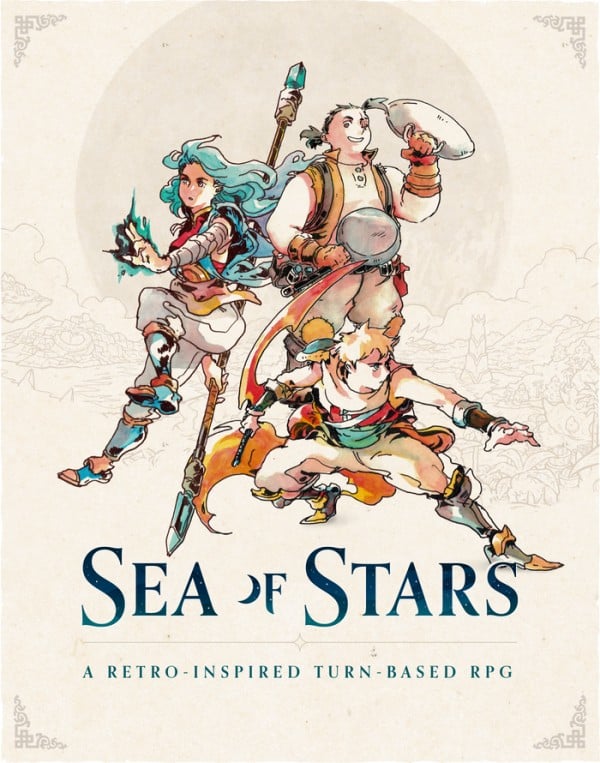