No longer due out in early June. 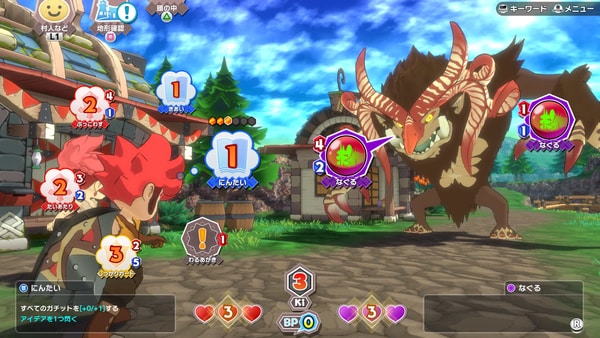 NIS America has delayed the PlayStation 4 version and physical edition of Little Town Hero from its previously planned early June release to June 23 in North America, June 26 in Europe, and July 3 in Oceania (latter for Switch version only).

Little Town Hero first launched digitally for Switch in October 2019. The physical edition, which will be available for both PlayStation 4 and Switch, adds an “Easy Mode” that lowers the attack and defense of enemy Dazzits, and causes Special Effects from enemies to show up less often.

In Japan, the PlayStation 4 version of Little Town Hero launched both physically and digitally on April 23 alongside the Switch physical edition.

In an isolated village on the edge of the world, a young boy named Axe dreams of seeing the outside world, although everyone is forbidden from venturing beyond the town borders. However, everything changes when a giant monster suddenly attacks the village, and Axe discovers he can fight using the power of a mysterious stone that turns his ideas into attacks. Through his trials of defending the village, he gradually unravels secrets of how the stones and the monsters came to be.

Anyone can become a hero! Dive into the world of the young, budding hero, Axe, as he rises up to defend his home, gains the support of fellow villagers, and uncovers the truth behind the giant monster attacks. With the unique “Ideas” combat system, you can defend against enemies, plan your attacks, and adapt on the fly without needing to grind! This charming title features game design by Game Freak and music composed by Toby Fox (Undertale).

Darkborn no longer in development Previous post
Ys: Memories of Celceta for PS4 launches June 9 in North America, June 19 in Europe Next post