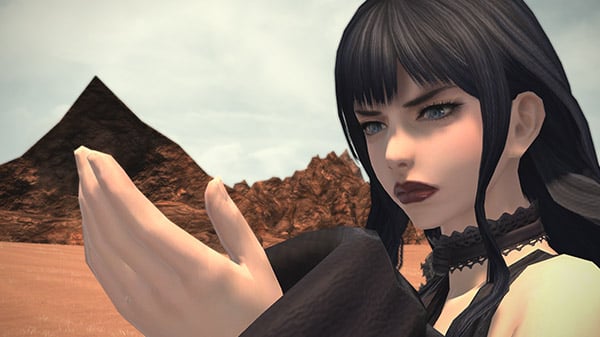 Gematsu recently had the chance to chat with Final Fantasy XIV producer and director Naoki Yoshida and lead character concept artist Yusuke Mogi. While this discussion was originally planned for PAX East 2020 in late February, the Final Fantasy XIV development team ended up pulling out of the event due to concerns surrounding the novel coronavirus COVID-19. Fortunately, we were able to followup digitally to talk topics ranging from Tetsuya Nomura’s character designs to the Sapphire Weapon and more.

Get the full interview below, with questions by Andrew Frassetti.

—When Patch 5.1 released, we saw a major shift in how the Ninja plays, especially with the change to how they generate Ninki (instead of being generated from Auto Attacks, it is now generated through the use of Weapon Skills like other jobs). The Paladin is currently the only job left to generate Oath from Auto Attacks. Could there ever be a change to how the Paladin generates Oath in the future?

Naoki Yoshida: “We have no plans for that, at least not during the 5.x series patches.”

—During the recent addition to the raid series Eden’s Verse, there have been noticeable callbacks to Final Fantasy VIII (Gaia’s inner thought monologue appearing very similar to Squall’s inner thought monologues, Gaia referring to the voice in her head as a “faerie”—a term used by Laguna when Ellone sends Squall and company to the past, and Idol Of Darkness sharing similar design to Ultimecia’s face markings). How much of an involvement did Tetsuya Nomura have in the story for the Eden Raid series outside of creating Gaia?

Yoshida: “We have only asked for character designs this time around. When we put in the request, we made sure to provide reference materials for the overall raid series, so I’m sure Mr. Nomura took that into account when creating his designs. His design work for the content is still ongoing, so please look forward to future developments!”

—Additionally, it was stated during an early Live Letter from the Producer that along with Tetsuya Nomura creating his own original character for the Eden Raid series, that he would also design monsters as well. Have we seen the monster(s) he’s designed yet?

Yoshida: “They have not made an appearance yet, so please stay tuned for what comes next. The designs are already solidified, and the development team is now moving forward with modelling.” 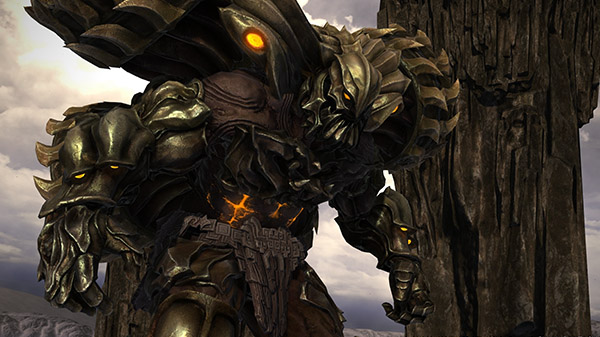 —I primarily play the Tank role, specifically Gunbreaker and Paladin. Paladin has, in my opinion, been a job that lacks a lot in the self-mitigation department for cooldowns compared to its Tank brethren. Is there any chance we could possibly see an addition to their self-mitigation repertoire or even a change to Divine Veil, so that even the Paladin can gain the shield absorption effect?

Yoshida: “Currently, the tank role is becoming progressively more equalized, but at the same time, we want each job to have its own established identity. If we make them even more equal, then it would truly make no difference which job you used—it is unlikely that we would make any changes during the 5.x series. Please stay tuned for any movements leading up to the next expansion.”

—Looking back on what you have done so far, what is it that you are most proud of in the game? What fight, character, story, idea, or item first comes to mind?

Yoshida: “I don’t believe there’s much value in being the most ‘something.’ It’s such a momentary notion—we gain experience and grow, so I feel my answer would constantly change. Most recently, though, I would say maybe Ocean Fishing. Warriors of Light from around the world are enjoying this, so while this content was born from a very simple thought, I feel it came out really well. Another one would be, perhaps Doman Mahjong. (Laughs.)”

—As a Raid Series, Eden has shown us quite the interesting redesigns to the Primals we have faced against on the Source. Of the six Primals of the Elements, which was your favorite to redesign its new appearance and design for its encounter? What is the process the development team goes through when designing a new fight that already has a structure in-game, such as the new Eden Primals and the Ultimate encounters?

Yusuke Mogi: “From a design perspective, I would say Titan. The battle content was quite hard, though… When he has his armor on, you can see we’ve paid homage to the Titan from Final Fantasy XIII, and once he removes it, he looks like a Titan from Greek mythology. To tell you the truth, I had a few extra ideas I wanted to try had I both the time and bandwidth to really sink my teeth into the design. I would have loved to do something like creating a Minecraft-style Titan by stacking a bunch of avoirdupois enemies from the Temple of Qarn.” 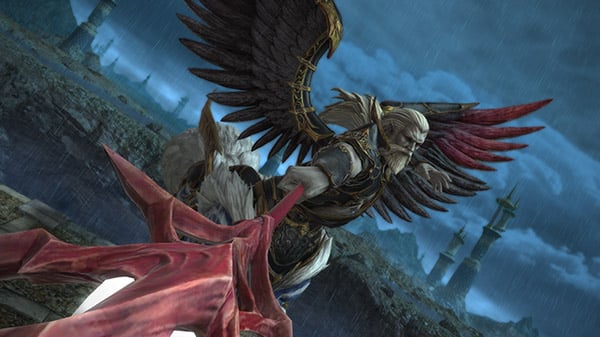 —During the cutscene following the fight with Ruby Weapon (Normal), it was mentioned that another one of the orphans Gaius took in would pilot the Sapphire Weapon. Given that Sapphire Weapon only appears briefly in the franchise during its assault on Junon, is there anything you hope to see from a visual and gameplay standpoint if this weapon comes to Final Fantasy XIV?

Yoshida: “Please stand by for updates. We are currently knee-deep in the planning stages! (Laughs.)”

—Lastly, is there anything you would like to say the fans of the game here in the west?

Yoshida: “We are truly sorry that our business trip had to be cancelled due to the novel coronavirus situation; but right now, the whole world is fighting against this. The impact on the development and operations teams are still limited, but we want to do our due diligence to protect ourselves and continue to provide a realm that everyone can enjoy from the bottom of their hearts. We believe our role is to deliver joy to people around the world through entertainment.”

Mogi: “We are continuing our production efforts! With the novel coronavirus causing many issues, there may be many players out there who are placed in an uncertain situation, but I hope that you can find even a little bit of comfort in the world of Final Fantasy XIV; all of us designers will work very hard to make this an even more appealing game, so please keep your spirits up and stay tuned for further updates.”

landlock ⋅ Heavy Rain, Beyond: Two Souls, and Detroit: Become Human for PC coming to Steam on June 18 ⋅ 54 seconds ago

EspadaSagejay ⋅ Open Forum #339 ⋅ one minute ago