Vampire cooperative first-person shooter due out in late 2020. 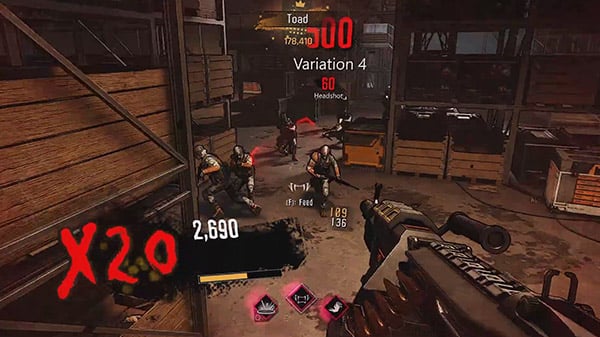 Toadman Studios has released the first developer diary for January-announced vampire cooperative first-person shooter EvilvEvil, which features the first ever gameplay footage and reveals it will be a free-to-play title.

“EvilvEviltakes place in the near future where vampires and other supernatural creatures have come out from the shadows… to eat people,” game director Martin Annander said in the video. “Everything that used to be hidden is out in the open now. The supernatural has become part of everyday life.”

Annander continued, “Our story focuses on vampires that have found a specific niche in society. I can’t talk too much about our characters, but they’re all vampires, and they’re definitely products of their time. The world has changed, and now they have to change with it.

“The game is a fast-paced first-person shooter that you can play alone or with your friends in cooperative multiplayer. There’s going to be a live comic with community-driven storytelling and weekly releases. It’s going to be about player actions and choices that will affect the storylines of future episodes. This is going to be a free-to-play game, and we are super excited to have you join us and play EvilvEvil.”

EvilvEvil is due out for unannounced platforms in late 2020.