More details to be announced at GDC 2020. 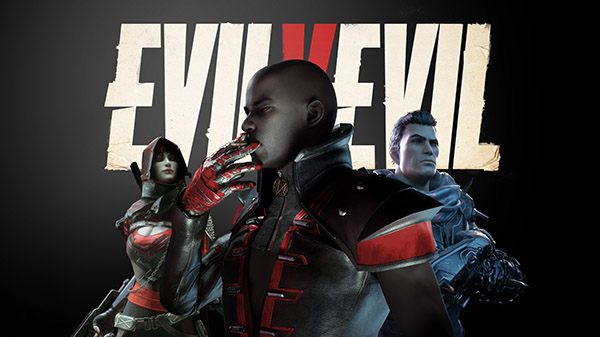 Enad Global 7, a newly formed global interactive entertainment group that unveiled itself today, and subsidiary Toadman Studios (formerly Toadman Interactive) have announced EvilvEvil, a vampire cooperative first-person shooter due out for unannounced platforms in late 2020 under other subsidiary Sold Out Publishing.

Here is an overview EvilvEvil, via Enad Global 7:

The first project from Toadman Studios of the Enad Global 7 group is EvilvEvil, a slick vampire shooter, and will be supported by publisher Sold Out, and creative agency Petrol Advertising. EvilvEvil will serve as the inaugural Enad Global 7 project that reflects the cross functional approach of bringing together separate companies across the video game and entertainment space, to produce a true unison of development, marketing, and branding.

EvilvEvil is a co-op first-person vampire shooter with a player-directed, continuously updated storyline. Its cast of characters will bring ultracool vampires with a heavy dose of attitude and other monstrosities. The current release window is set to be end of 2020. More information on the game will be released at the Game Developers Conference (GDC) in San Francisco from March 16 to 20.

Visit the official website here. In addition to EvilvEvil and previously announced titles, Sold Out Publishing plans to publish “several more titles” in 2020.

Enad Global 7 consists of Toadman Studios, Antimatter Games, Petrol Advertising, and Sold Out Publishing, “among others.” It has over 200 employees, and offices located in six countries. It aims to “provide the gaming industry with development, marketing, publishing, and distribution services parallel to supporting internal group projects.”

Jack0 ⋅ Samurai Warriors 5 demo now available for PS4, Xbox One, and Switch in Japan ⋅ 4 minutes ago