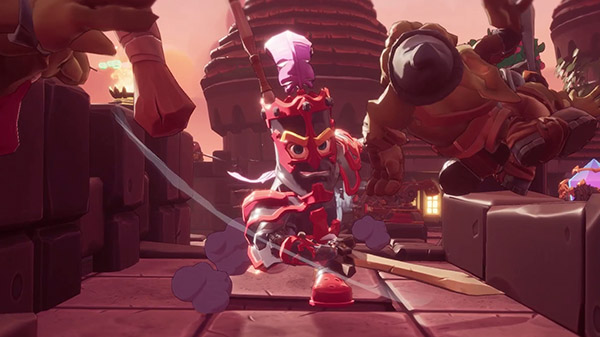 Dungeon Defenders: Awakened will leave Early Access and launch PC via Steam on May 28 for $39.99, developer Chromatic Games. The Switch version will follow in Q3 2020, and the PlayStation 4 and Xbox One versions in Q4 2020.

“Dungeon Defenders: Awakened is the culmination of everything we’ve learned from working on the series for more than a decade now,” said Chromatic Games CEO Augi Lye in a press release. “We’ve taken the framework of the original Dungeon Defenders and built it into something entirely its own. We cannot wait to share it with experienced Defenders and newcomers alike on May 28!”

Here is an overview of the game, via Chromatic Games:

Building on the beloved franchise’s roots, Dungeon Defenders: Awakened was made from the ground up in Unreal Engine 4. A fusion of familiar and all-new elements, the franchise’s third entry contains an original story, updated visuals, revised mechanics, additional locations, and fresh loot. Version 1.0 includes a massive assortment of new content, such as the Ancient Dragon and Goblin Mech bosses, Mixed and Pure Strategy modes, Massacre Difficulty, new pets, and more challenge maps.

Return to Etheria and take up arms as one of four heroes fighting to defend the land from the forces of darkness. Get crafty during the Build Phase to assemble fortifications that will slow enemy advances as well as offensive structures to bombard their ranks. Then join the fray and cut them down during the Combat Phase with class-specific skills and abilities.

Swap heroes between waves to try out new tactics while enjoying the campaign on your own or fighting together as a team of up to four players in online matches. Whether in co-op or solo, heroes will reap the spoils of their victories, collecting powerful new weapons, armor, pets, and more after every battle. But be prepared: showdowns with imposing bosses, such as the terrifying Demon Lord, will test the skills of even the most hardened of veterans.

Dungeon Defenders: Awakened version 1.0 features six difficulty settings, ranging from Easy to Massacre, an imposing new difficulty with unique foes to overcome. Choose from a horde of varied game types, including Pure Strategy Mode, where the squad must rely solely on siege tactics to stem the tide of invaders. Teams should also ready themselves for the unexpected in Mixed Mode, a chaotic variation that revamps the experience with randomized enemy spawns transforming familiar battlegrounds into turbulent struggles to survive.

Become Etheria’s undisputed champion by conquering the varied and dynamic objectives of Challenge Maps designed to encourage mastery. These maps scale in difficulty, providing the opportunity for new Defenders to get their bearings in easier difficulties, before charging headfirst into the hardest version where greater rewards await!