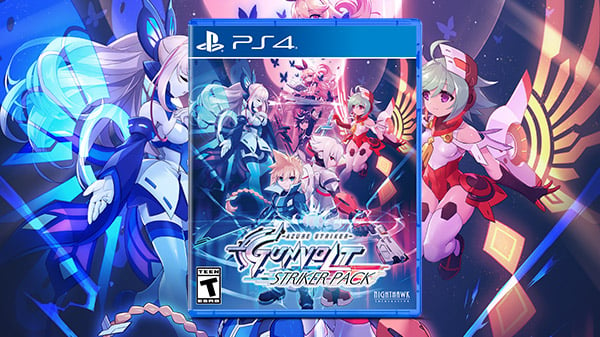 Nighthawk Interactive has delayed the physical retail edition of Inti Creates’ Azure Striker Gunvolt: Striker Pack for PlayStation 4 from its previously planned April 28 release date in the west due to complications involving the ongoing COVID-19 pandemic, the publisher announced.

“Due to the ongoing business restrictions and store closures related to the COVID-19 shutdowns, the physical retail version of Azure Striker Gunvolt: Striker Pack for PS4 will be delayed,” Nighthawk Interactive said on Twitter. “We appreciate your support and hope you and your loved ones stay safe.”

While a new release date was not announced, retailers such as Amazon and GameStop are now listing a June 30 release date.

The digital version of Azure Striker Gunvolt: Striker Pack for PlayStation 4 will still launch worldwide on April 23. The Japanese physical edition is also still planned for release alongside the digital edition—however, the previously planned launch event will no longer be held.

This critically acclaimed series has intuitive controls, memorable characters, and shockingly epic boss battles. Play as Gunvolt, zipping and zapping your way through levels and skill trials by tagging enemies with your weapon, then shocking them into oblivion. In Azure Striker Gunvolt 2, enjoy the game in an entirely new way with the addition of Gunvolt’s rival Copen as a playable character. Playing as Copen, you can dash through the air, slam into enemies, and unleash devastating homing shots to make short work of your foes.

In the Azure Striker Gunvolt: Striker Pack, players will: