Ary and the Secret of Seasons launches July 28 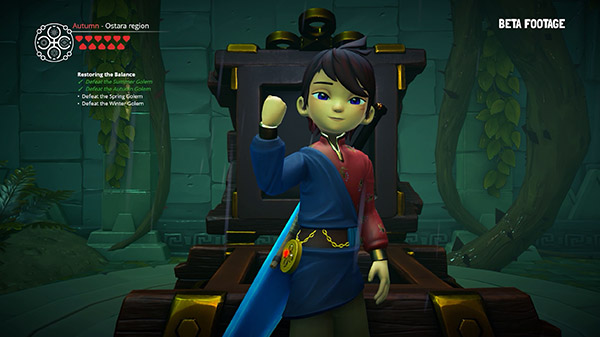 Ary and the Secret of Seasons will launch for PlayStation 4, Xbox One, Switch, and PC via Steam on July 28, publisher Modus Games and developer eXiin announced.

Modus Games also released a new nine-minute gameplay video where protagonist Ary explores a grassy wilderness and mysterious temple, using her ability to conjure biomes to alter her surroundings to create platforms leading to new areas and to solve puzzles.

Oh yes. Ary and the Secret of Seasons is an award-winning adventure game following a young girl named Aryelle, or Ary, as she journeys across the great world of Valdi. By becoming the Guardian of Winter, Ary gains the ability to manipulate the seasons around her. Ary will learn to control the seasons and use them to defeat enemies, overcome obstacles, and solve complex puzzles on her adventure across Valdi.