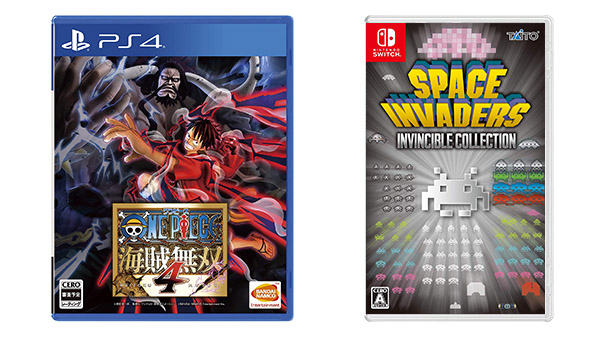 One Piece: Pirate Warriors 4 for all platforms and Space Invaders Invincible Collection for Switch are the highlights of this week’s Japanese game releases.